The fastest jacket around the world

After Helly Hansen Ambassador, Thomas Coville beat the world record for being the fastest man to sail the world solo, we wanted to share some insight into the gear behind the journey. Therefore, we asked Ægir Category Managing Director, Øyvind Vedvik about the inspiration and development process that resulted in the Ægir collection. Øyvind said that the Helly Hansen design team set out to create the best ocean sailing gear possible. The team wanted to design a kit that could take you through a wave, not just over it. This goal led Helly Hansen to create The Ægir Ocean Collection. Now, thanks to Helly Hansen Ambassador, Thomas Coville, the Ægir jacket is officially the fastest jacket to sail around the world on a one-man ship.

On December 25th, 2016, at an average speed of 25.16 knots, Thomas Coville completed his World Record circumnavigation of the globe. His total journey took 49 days and 3 hours. This being his fourth attempt, Coville’s persistence and hard work paid off. He beat the previous record holder, Francis Joyon, by over 8 days and 10 hours! Throughout the entire journey, Coville wore the Ægir Ocean gear. 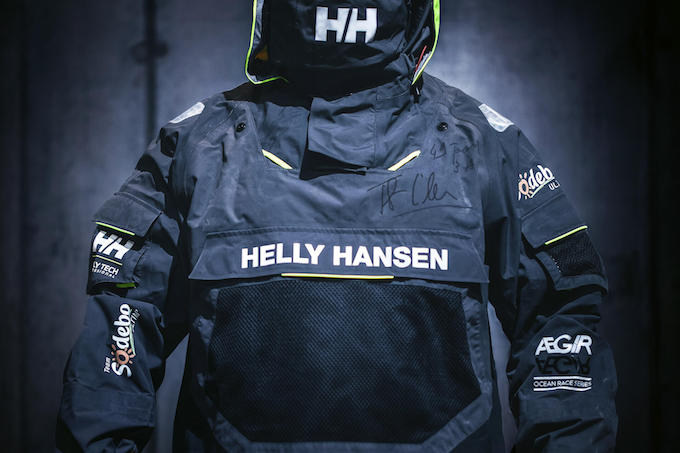