Sanlorenzo to exhibit the new SL78 in Düsseldorf Special transportation carried the new yacht from Mediterranean to North Sea to reach the boat show through the Rhine river
After 6 days onboard a special freighter to reach Rotterdam and sailing up the Rhine river to the city of Düsseldorf for 3 days, the Sanlorenzo SL78 – 25-meter motoryacht in fiberglass – was moved inside the imposing exhibition centre that every year hosts the largest indoor boat show of the Northern Europe, the Boot Düsseldorf (21st – 29th January) SL78 is the brand new Sanlorenzo model, a planing motoryacht in fiberglass and entry-level line for SL’s planing fleet. It is the only yacht in its category to be made to measure according to its owner’s requests, like each Sanlorenzo since 1958.
The new SL78 is an expression of the brand’s DNA. The spaces have been redesigned to combine constant innovation and the finest traditions of Italian savoir-faire. Many new features are included, like a lower gunwale outside the saloon to allow more light to enter through the large windows, a solution that means the living area is better lit and owner and guests are given a real feeling of enjoying a home away from home. The steps of the access stairway on the outside upper deck are flanked by glass panels that seem to float in the air. The flying bridge offers the most space of any
motoryacht in this category. The tender is stowed in the aft garage and is easy to launch, just as it would be in a large superyacht.
Since its world debut at the Cannes Yachting Festival 2016, 7 units of this line have already been sold so far. 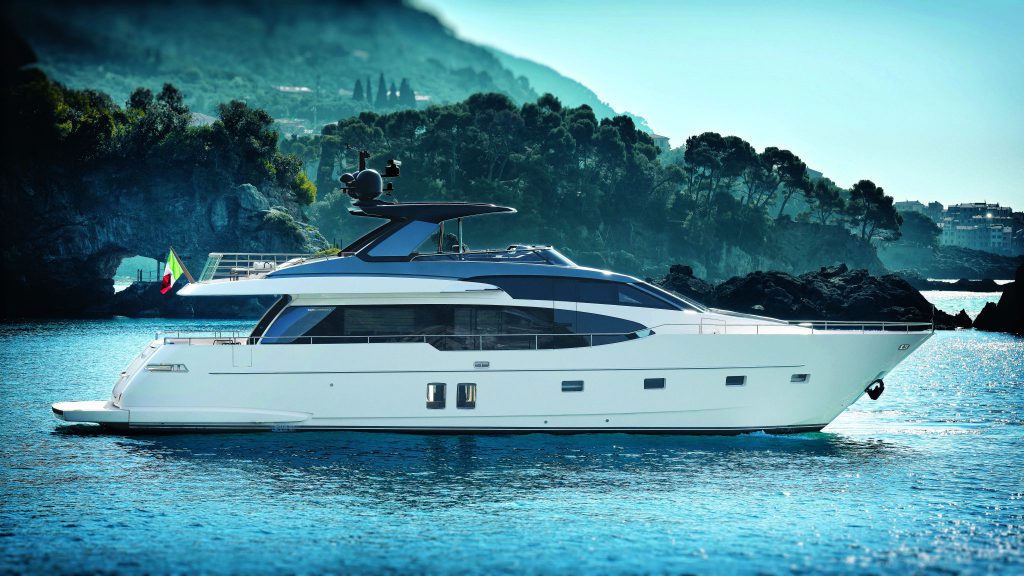